The popular music from Costa Rica is full of “Pura Vida” vibes and great talent. Costa Ricans enjoy music, but not only typical dances from our beloved Guanacaste.

It´s really common to find people doing house chores while they are singing and dancing a sticky melody.

In Costa Rica, you´ll find people singing karaoke almost every day of the week, from Tuesday to Sunday and if you check better, you´ll probably find one on Monday and popular music if the protagonist.

People from all ages use to listen to popular music almost in every opportunity they have; practicing sports, traveling, cooking and even sleeping.

You just can´t throw a party without music, popular music is the soul of every celebration in Costa Rica. From a regular birthday party up to bigger celebrations such as; graduations, anniversaries, Proms, Christmas, New Years, and even mother´s day.

Costa Ricans love popular music in general, international genres are part of the repertory but we also have national talent.

He was born in Panamá but he got Costa Rican nationalization. He lived in Cahuita, Limón. He became very important there because of his talent.

He wrote Calypso music: “Cabin in the Wata”, “Callaloo”, and “Carnaval Day”  are some samples. His music was full of humor but tragedy at the same time.

Only using his loyal guitar Ferguson conquest, the Caribbean zone, and the Central Valley as well.

“Dr. Bombodee “is the name of his last album.

She is a gifted Costa Rican who played the piano when she was four.

When she was consolidated in the pop genre, she became an important part of six Grammy-nominated projects and her song “One Rhythm” reached the number 1 position on the Billboard Dance Chart.

In 2004 she became the only Costa Rican who has gotten the number one in Billboard ratings.

MTV Latinoamérica awarded her with the “MTV Chiuku” thanks to her hard work and collaboration with United Nations with the project  “ÚNETE” organized by  UNIFEM and ONU in 2012, against women´s violence. She was also titled ambassador for YUNGA (Youth and United Nations Global Alliance).

She is amazing and loved by all her fans, not only in Costa Rica but around the world.

It was created in 1993, and it has been one of the best bands in the country.

They have also a contribution with Guns n Roses, Deep Purple, and Aerosmith. 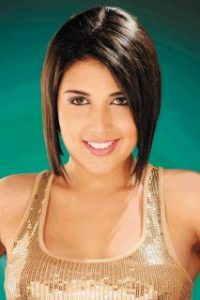 She is a very talented girl, who had the first chance of being recognized in 2017 in a Talent Show

called “Nace Una Estrella”, where she got the first place.

After that, she had relevant participation in “Latin American Idol”, where she got the

of the first group of “Música Plancha” which is part of the popular music from the country.

After that, she has participated in a variety of talent shows and TV shows.

Created in 2007 by Luis Gabriel Loría is better known as “Luisga”, this band is fusing Rock with Latin Rhythms. They are very energetic and their positive vibes boost everybody around.

They are a meaningful part of popular music in Costa Rica.

They have recorded a lot of albums and have also collaborated with their music in national TV shows and films.

Music is relevant and part of all of us. Getting to know about popular music in Costa Rica you´ll understand better the “Pura Vida” concept.

Finally; as you can see Costa Rica is full of talent. Here in Spanish Pura Vida, we love to highlight the “Pura Vida” people as well.

Let´s visit us; enjoy our music, share with very nice people and learn Spanish at the same time.