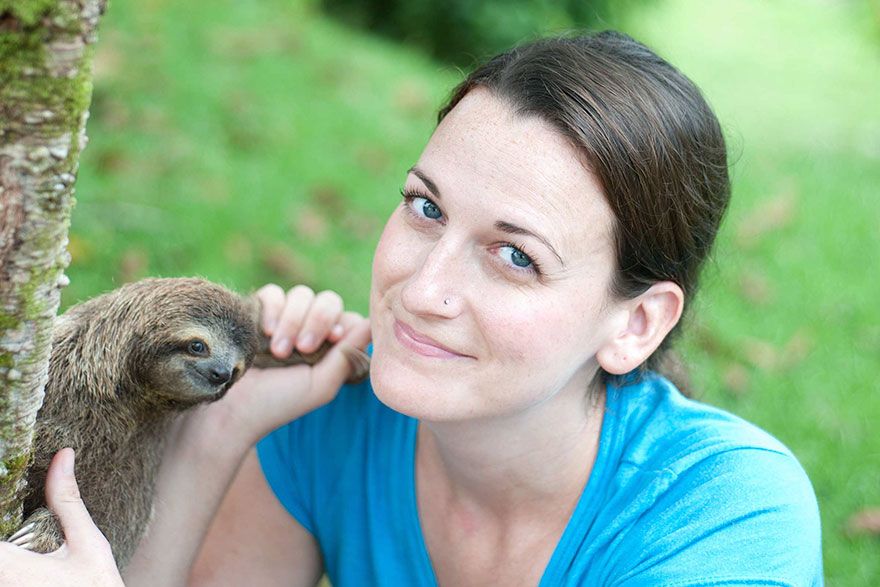 Sloths are part of the great fauna from Costa Rica, they are cute, funny and interesting, and this beautiful country is home for thousands, so come and discover the wonderful sloths in Costa Rica.

If seeing sloths in the wild is your dream, you´ll find out that google search will definitively point you in the direction of Costa Rica.

Costa Rica is plentiful in wildlife, hosting more than 5% of the world’s biodiversity, so it´s easy to find sloths in Costa Rica.

Full of different ecosystems from the cloud forests up to the humid tropical lowland rainforests, and more than 600 beaches, of course.

Millions of tourists from Europe and the USA flock to this tiny Central American country every year since they have the opportunity to find sloths in Costa Rica.

Are you a sloth lover? 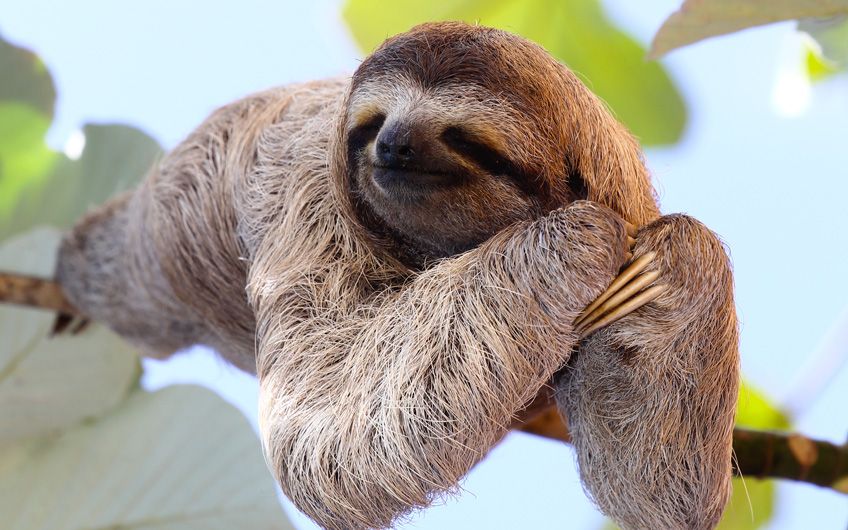 The Sloths are the lazy tree-dwellers of Central and South America.

Some people consider them cute, others think they are very dreadful, but they are still interesting and totally out of the blue.

They spend their lives in the tropical rain forests.

They move a rate of about 40 yards (37 meters) per day, munching on leaves, twigs, and sprouts.

Sloths have an extraordinarily low metabolic rate, they can spend 15 to 20 hours per day sleeping.

And believe it or not, these long-armed animals are excellent swimmers.

They occasionally drop from their tree branches into the water for an occasional paddle.

And for good reason; you are almost guaranteed to see a sloth. Although these animals are found in lots of countries throughout South and Central America, and sloths in Costa Rica are part of any visit agenda.

The sloths in Costa Rica are very popular, but even when they have that cute, piggy face, wild sloths are still wild, you would like to cuddle them up with at night, but that is not a good idea.

The sloth’s fur is an ecological supporter, it helps to contain the colonies of moths and algae.

Sloths eat algae that develop out of their fur. 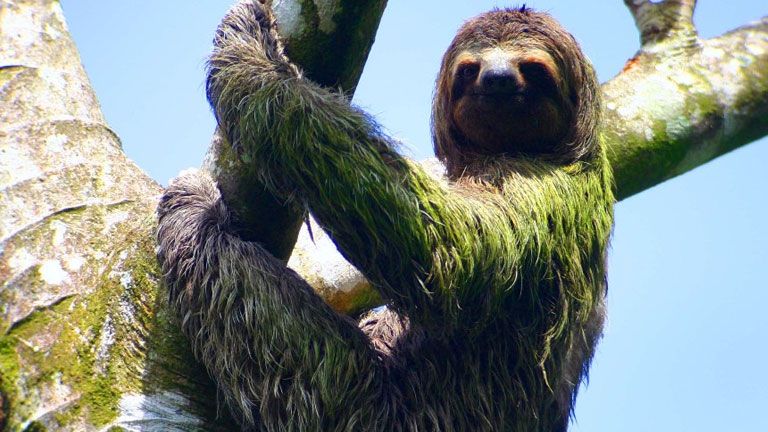 Researchers now believe that sloths sustain these mini-ecosystems by fertilizing them with their feces.

Why does this little country appear to have so many sloths?

They live in the trees. Any tree, by the roads and in National Parks.

Up until the 1960s, sloths were living in the old trees that existed in the Central Park of San Jose and Alajuela.

So, you may be able to see them, just by coming to Costa Rica.

Sloths are perfectly adapted for life high up in the cover of rainforests.

Primary rainforests are those forests that are almost virgin, it means that they have never been disturbed by humans. 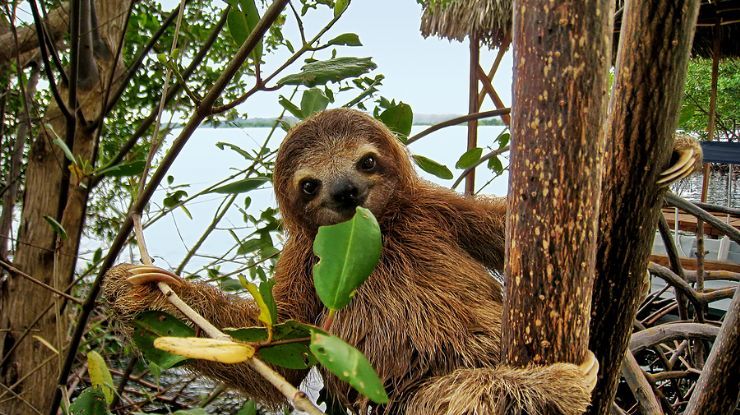 They naturally have very tall trees, they reach more than 250 feet.

That´s why they are excellent canopies for sloths.

In these surroundings, the trees all connect and so the sloths can move easily throughout their home-range without having to come down to the danger of the ground very often.

Believe it or not, sloths have succeeded in this continuous and undisturbed habitat for over 64 million years.

They continue thriving in all the regions where this type of ecosystem remains.

While there is no official population count since scientists need to count them one by one and they are very difficult to see.

Sloths are very good at avoiding people to see them.

Sloths are incredibly slow to reproduce; they give birth only one baby every 3 years.

And, they are also facing a natural mortality rate in tots of approximately 60%.

With the bugs, and the algae and the poop fertilizer, sloths may not sound very appetizing.

Nevertheless, jungle cats and large birds of prey will eat them if they get the chance.

Despite their slowness, sloths can be surprisingly resilient to predators

Consequently, the sloths are being wiped out faster than they can reproduce. 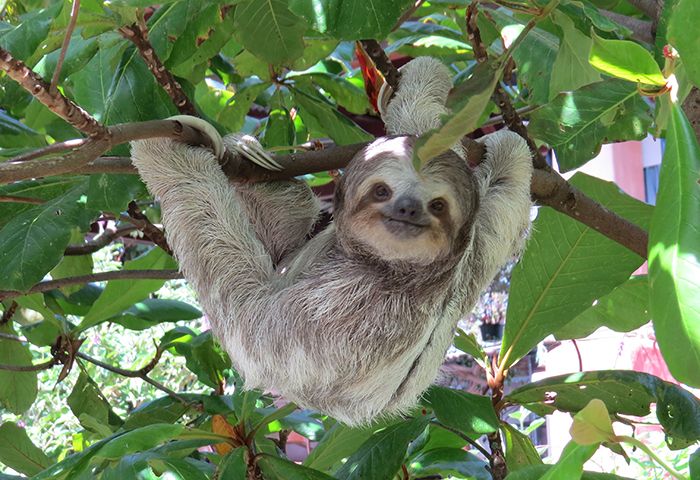 This sanctuary is an effort of a group of Costa Ricans that are trying to protect these amazing animals.

The Sloth Sanctuary of Costa Rica is the original rescue center for injured, orphaned and abandoned sloths. 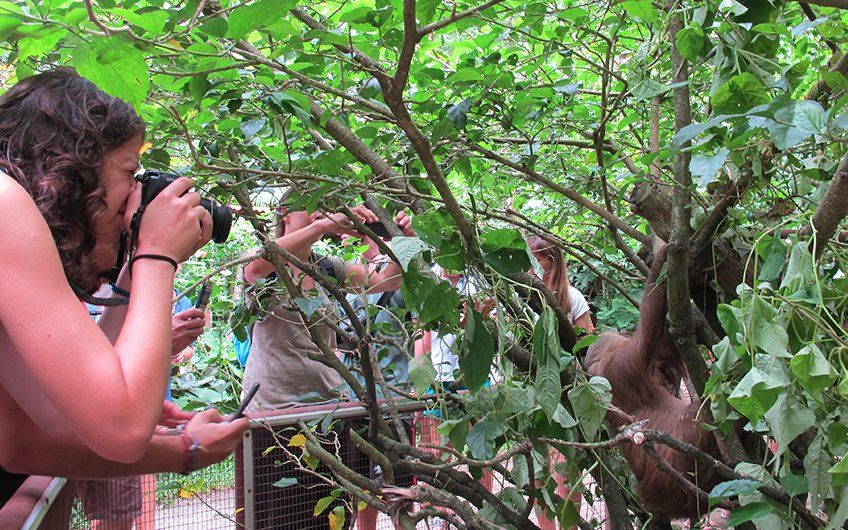 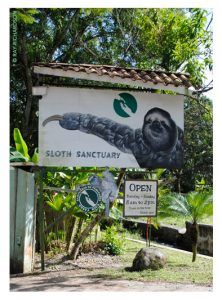 The founders are Judy Avey-Arroyo and Luis Arroyo, they purchased the property and the government of Costa Rica officially declared the property a privately-owned biological reserve in 1975.

At Spanish Pura Vida we are more than glad in helping you to learn Spanish and enjoy all the wonderful treasures from Costa Rica.

Come, visit us and discover the sloths in Costa Rica

We are humans and like every human, we´ve got to deal with tough situations, mixed feelings and a lot of restrictions, then to accomplish our goals sounds really difficult. But, here we´ll show 5 ways to make your dreams come true this new year 2020. 1.  Set Realistic and Attainable Goals Sometimes we want to […]