Soccer in Costa Rica: 5 Reasons Why It's So Popular

Soccer in Costa Rica is as traditional as having “Gallo Pinto” for breakfast. It is the most popular sport in the country.

Almost every Tico practices it since early childhood, both men or women, gender is not a limitation.

There is always a “mejenguero” (noob soccer player who considers himself as a pro) in every family. But what are the reasons why this sport has become a fundamental part of the Costa Rican culture? 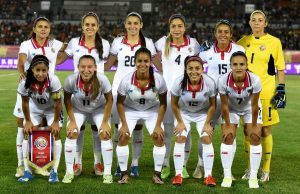 Soccer in Costa Rica and its Evolution

The Costa Rican Football Federation is the entity in charge of organizing soccer leagues in Costa Rica since its creation in 1921.

It has been managing these leagues, as well as the National Team for a very long time.

“The ball is professionally kicked” in Costa Rica since 1876, where matches were held in the current “Parque La Sabana”.

Until 1894 is when English traders arrived in the country, bringing their staff who joined the young Ticos, achieving the first organized matches.

From that moment soccer fever has fulfilled all the Ticos´ heart up to today.

The Costa Rican Football Federation is also a member of FIFA and CONCACAF organizations that´s why Costa Rica has had the chance of participating in different tournaments.

Soccer in Costa Rica and Its Most Important Moments

In  Costa Rican football we find great players who showing effort and hard training have accomplished great things, such as calling the attention of important leading figures of international soccer, some of these amazing players are:

There are many great players in the country and probably soon there will be more.

Many Costa Ricans invest at least two hours of their week going to feel part of the best players in the country.

They reserve a “cancha” (a courtyard found in every town) to give their best.

Many of them go with their family, others go by themselves because they probably want

to chill out with friends. 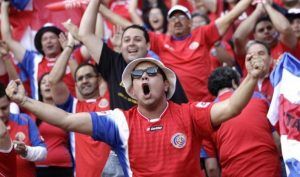 The most important here is that they are practicing a sport, improving their health and their mood at the same time.

The Family and Soccer in Costa Rica

One of the best moments for family sharing is when there is a soccer match, especially in the classics (traditional rivals playing) or in the matches of the National Team “La Sele”.

Everyone agrees to enjoy together the game, even when they probably do not know anything about soccer they enjoy it as much as possible.

When “La Sele” has a match, everybody wears the team´s t-shirt, either if it’s the official one or an “economical copy” the most important here is to be identified with the beloved team.

Even public schools allow their students and personnel to wear the blue-red t-shirt instead of the traditional uniform.

Soccer in Costa Rica is more than a sport, it’s culture, it’s health, it’s emotion, it’s admiration and recognition for the effort. 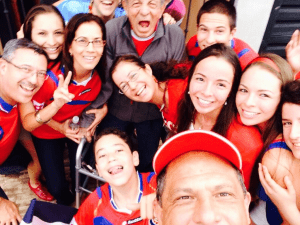 But most importantly, it is one of the most popular traditions that reinforce family union.

In Spanish Pura Vida we recognize the importance of highlighting the positive aspects of our wonderful country and its people.

We are looking forward to sharing with you these traditions.

Tags: Costa Rica popular soccer sports traditions
Previous Post Spanish for all the Family; 12 benefits and advantages
Next Post “Nicoya´s Annexation and July 25th”: 5 Reasons Why This Date brought a lot of Benefits for Costa Rica